When You Miss Out On $20k – Stories From The Road

On the 19th of October 2014, I found myself on the way to the Beverly Hills Hotel in Los Angeles with a friend. He had a meeting there so I was tagging along with no idea how to pass the time once we got to the hotel.

We pull up to the front entrance in his BMW (I forget the model) and step out onto a red carpet. The carpet wasn’t for us unfortunately, it’s there all the time.

The keys are handed to the valet and off he goes to park the car. I’m amazed at the trust. That lad has just taken off with a top of the range BMW and we didn’t even check anything!

My friend here has way more experience than me with this level of service so I didn’t ask any questions.

We stroll up the red carpet, to the front door and enter the grand lobby. He needs to attend a meeting for an hour, so I grab a seat in the hotel lobby pretending I am supposed to be there. 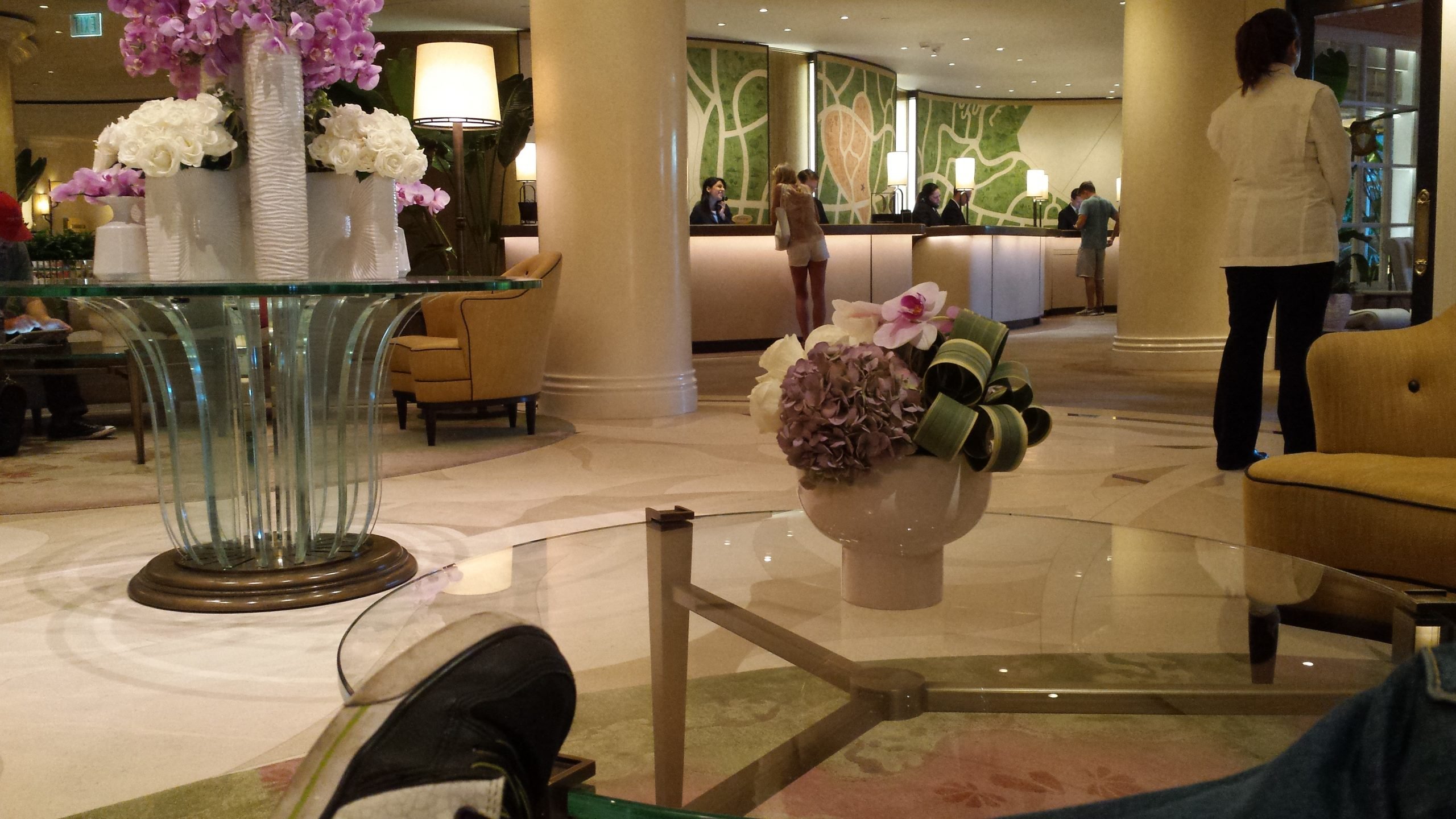 There is only so long that you can pretend before you look out of place though. To be honest, I looked out of place from the moment I walked in!

T-shirt, cap and jeans is not the usual attire in that hotel.

Anyway, I am sitting there watching people walk back and forth. There were many old dudes hobbling around with young women on their arms – you see it on TV, but never in real life.

People watching killed about 20 minutes before the novelty wore off – I decided to go explore. However, if you are not a resident, you can’t get very far.

I found a short hallway behind where I was originally sitting. It led to a set of stairs which descended into a cafe called the Fountain Coffee Room.

No key needed! This place will do!

I sat myself down at the bar a few seats along from this Sopranos-looking guy. I don’t know who he was, but the way he was dressed and the way he sat there with authority made me think he was a somebody.

He didn’t acknowledge me sitting down so I didn’t say anything to him. I awkwardly picked up a menu for something to do, then the waitress leans over the bar asking what I would like to order.

The pressure is on now Johnny! I’m scanning the menu trying to make sense of it in a split second.

“A burger would be nice” I said. Without seeing the price…

Have you ever paid $24 for a burger?! No sides, just a burger! I just did! It wasn’t even that big or good.

So, I’m sitting munching the most expensive lump of cow and bread in LA and the waitress turns on the sound system, probably to kill the awkward silence.

There are only 3 of us in the cafe, all at the bar. Me, Mafia and the waitress on the opposite side. She is dancing and humming along to whatever pop song comes on.

I’m sitting there trying to look cool eating a burger with sauce running down my arm and chewing my moustache.

I’m thinking should I hum along too? Do I talk? But that might break her flow – if I do, will Maf drag me away and place pennies in my eyes?

So, I sit there quietly smiling until….

Yet again, I’m on the spot, my ears scrambling to tune into the song. My pop music knowledge is minimal. It sounded like the Black Eyed Peas so that’s what I said.

We had a wee laugh about it. He was serious though, I seen the wad of cash! The chat slowly dissolved into small talk which was getting uncomfortable.

Then I hear from the stairs “Hey John, let’s roll!”. Thank fuck I thought, saved. I said see ya to my new friends and left.

I had to stop for a pee on the way out though. Until that point, I had never pissed in a gold urinal. The money in that hotel was mind blowing. 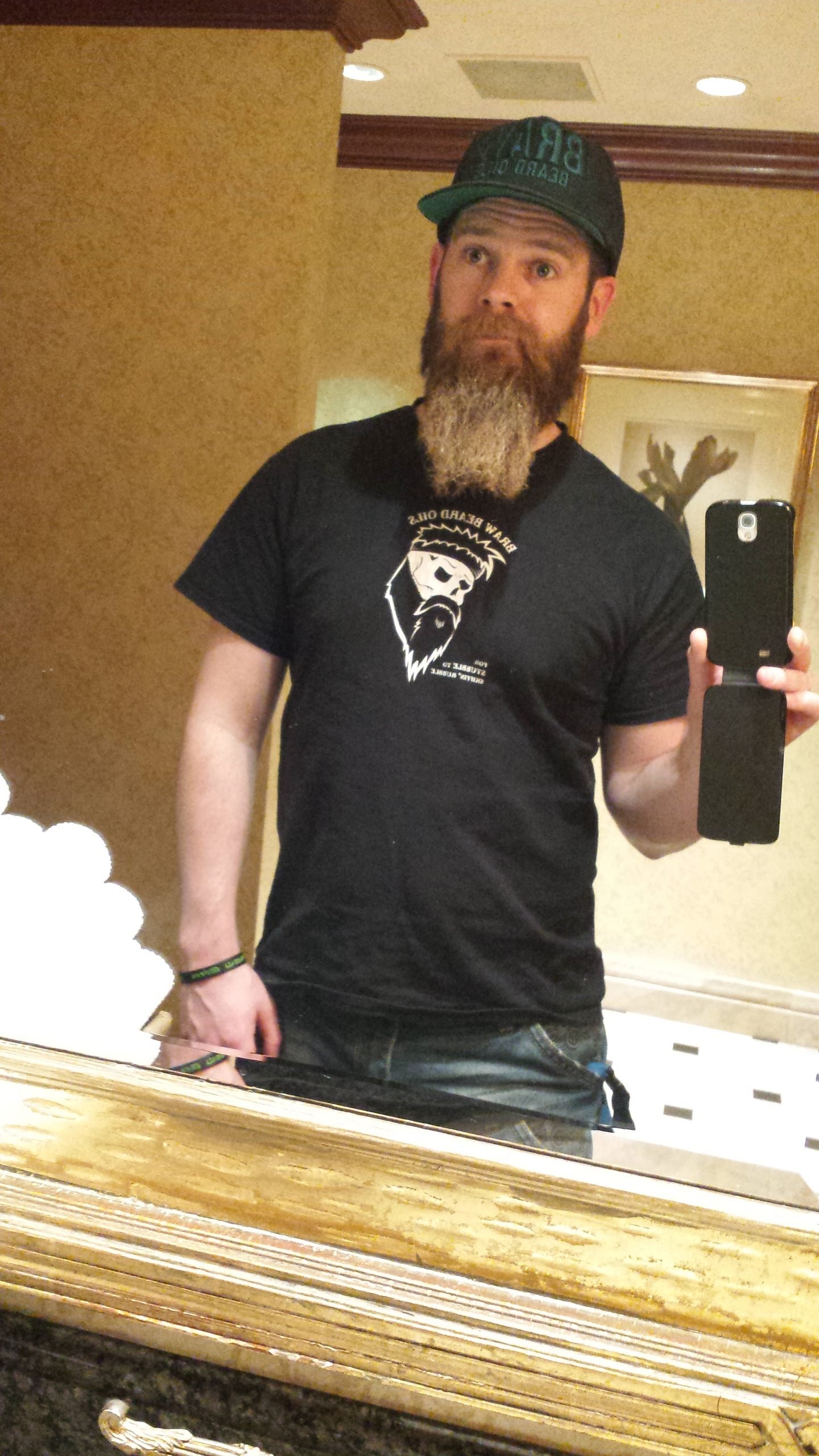 I have never watched The Sopranos but I was aware of it at that time. Looking back, I have a feeling the guy I am calling Maf was Joey Diaz. I’m not certain but I wouldn’t be surprised if it was. He looked and sounded very much like him.

I hope you enjoyed this wee story from the road, there are lots more to come soon. Check out the first entry at https://brawbeardoils.com/that-day-in-oct/

While I’m here I want to give a wee shoutout to Stickermule for their help with the latest designs which are coming soon! Check out Stickermule out HERE